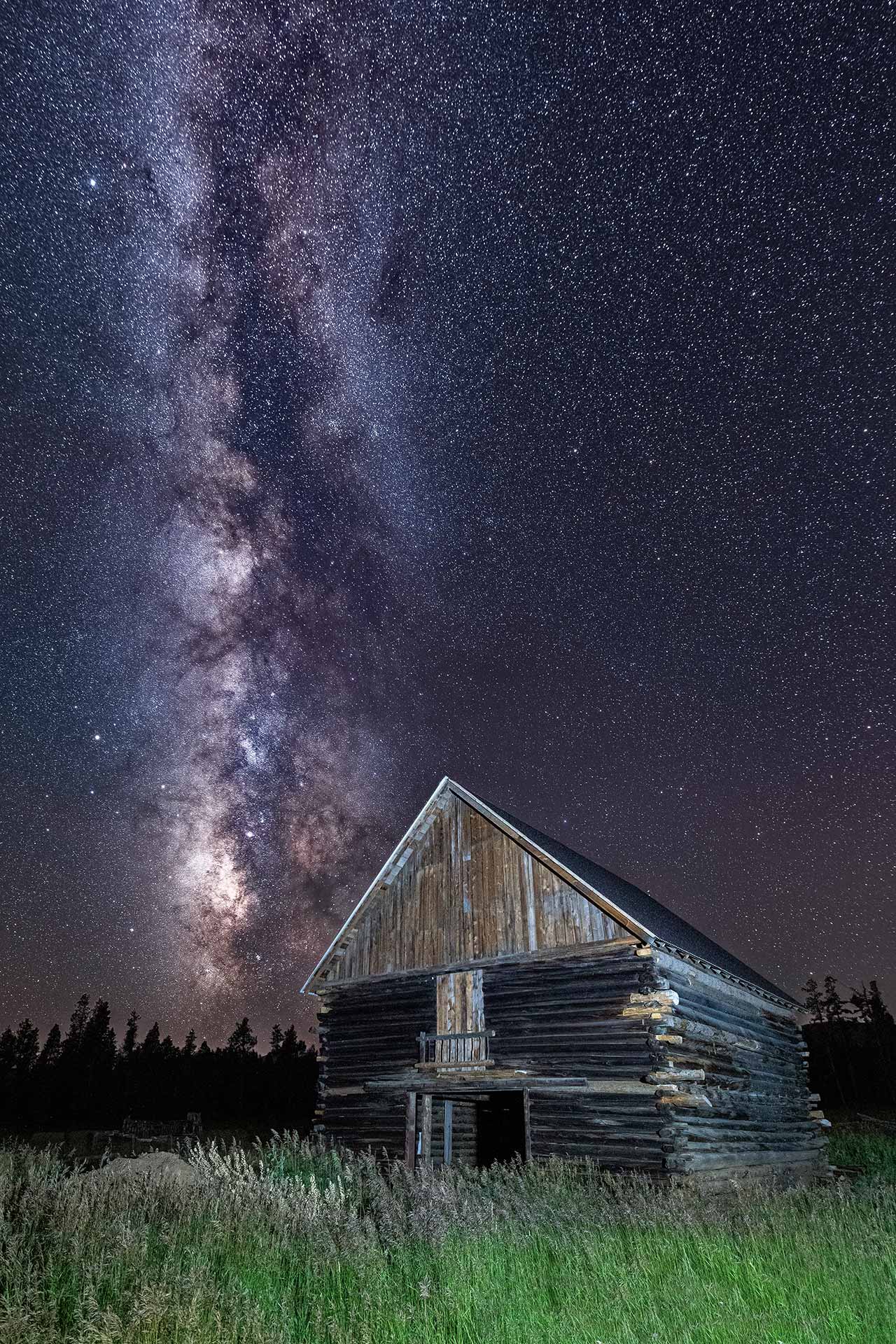 This old wooden building served as the Stagecoach stop in Grand County, Colorado. Build in the late 19th century, it became outdated within 15 years when the train tracks were built over the Continental Divide. Later in life it was a Ford Dealership (in the days of the Model T). After decades of disrepair, a grant allowed the community to restore the building to a more stable and upright position. I returned to the scene of where I captured one of my very first astrophotography photos. 4 years of experience and better gear allowed me to get a much better shot. They say that it's the photographer and not the gear that makes a good photo, but when you're talking about astrophotography, the gear makes a universe of difference.